In conversation with Kane Lehanneur

A familiar name to Rhythm, Kane Lehanneur jumped on board for a photoshoot some years back and pretty quickly became one of the family. It’s hard though to pigeon hole Kane as a photographer, and perhaps it’s exactly that which lends him to be the short haired, off-beat, creative character that he is. Having just had his first solo art exhibition a few months prior and recently photographing our upcoming campaign, we figured it was a better time than any to catch up with the man — hell I can’t leave my house so there really is no better time..

Hello mate, welcome. Question one: photography, videography, art, music— namely vinyl disc jockey— creative agency, touring with bands, graphic designer, is there anything I’ve missed?
Hey Jake, thanks for having me. Ahhh not off the top of my head, probably something hiding away, find it hard to keep up with myself somedays, but I’d have to say illustration. This one’s taken hold on the ‘graphic design’ side of things as of late and I’m loving developing my skill set with this more and more. 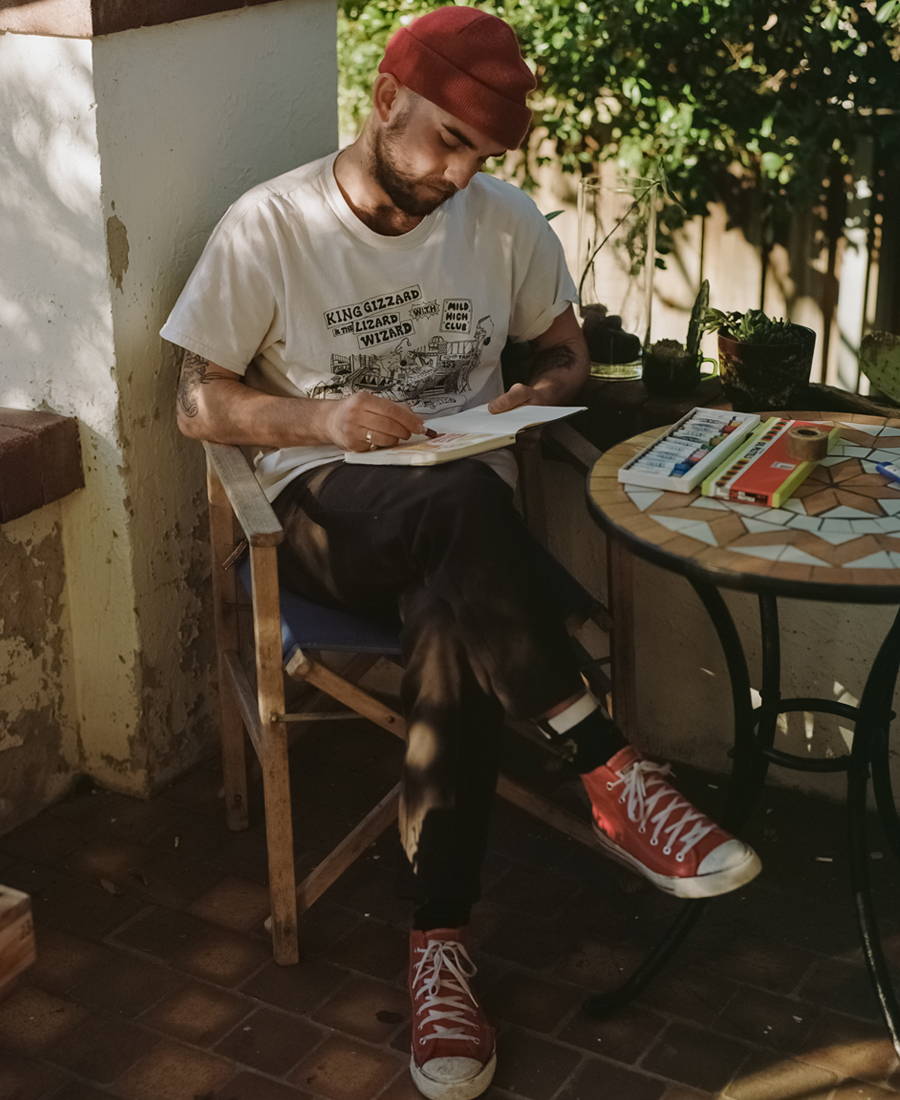 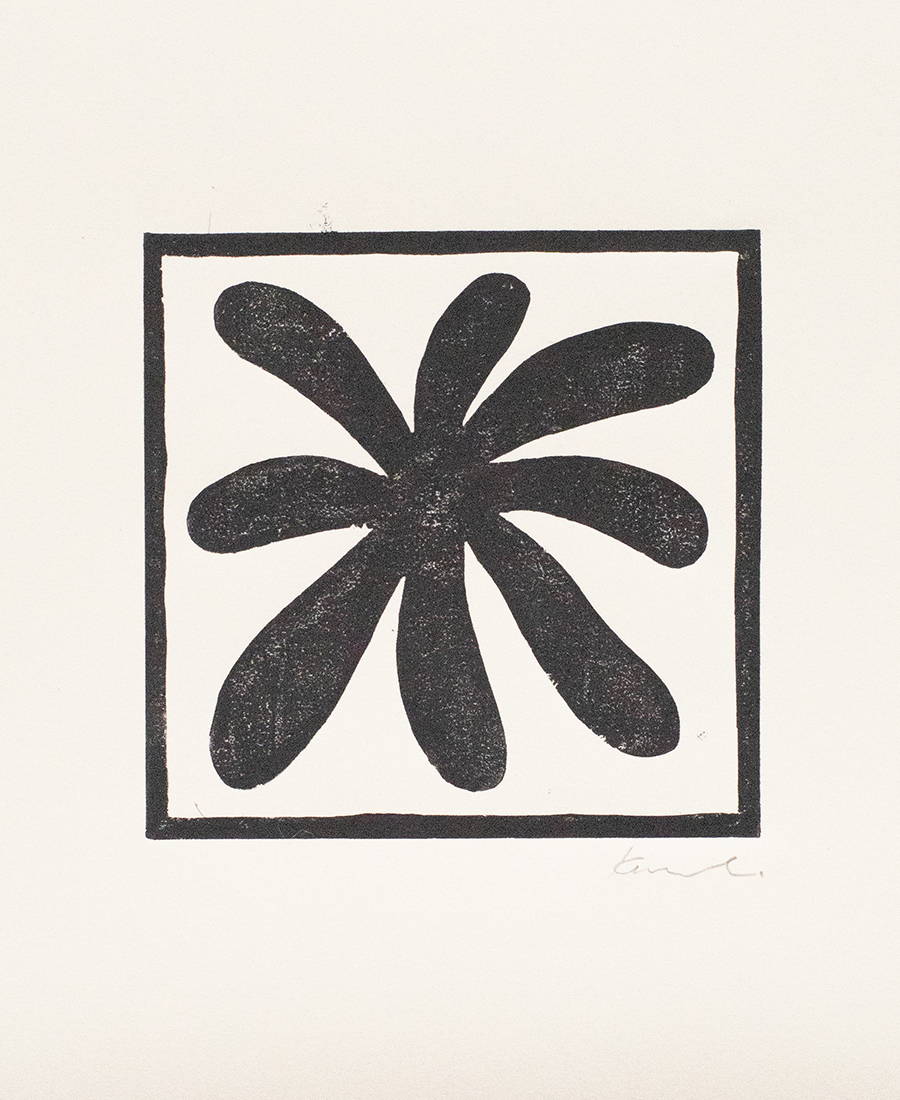 Very good. I struggle to respond to emails in a timely manner most days so how is it you manage to juggle so much?
Um, I don‘t really. I’m probably much worse at replying to emails than yourself let’s be real. But in all seriousness, I find having all these things, projects, avenues of creativity going enables me to keep the motivation and creativity on high. I never seem to be to bored, if I get tired or stuck on something, then i’ll just move on to a different kind of project, and that’ll keep me going till the head hits the pillow.

I’ve noticed my liquor cabinet is more stocked than its ever been which has substituted my fuel money now I work from home. It’s a pretty weird time out there, how are you finding isolation?
Lucky for me my girlfriend’s dad is in the liquor business and we’ve got ourselves very well stocked. It is a crazy time though, I’ve moved the studio to home for the time being, and lucky enough to have a bunch of work. I don't have to much space to do painting, so just been drawing heaps — I actually just downloaded an animation course too so hopefully get onto that soon. Going for walks and getting in the ocean daily, and now me and my girlfriend have acquired a puzzle so that’s the wind down most nights now. Mostly just drawing and painting, lino printing too is great to get completely away from the computer and something a little more hands on. Just getting outdoors and into the ocean. I’ve also recently had hand surgery which I’m in recovery for but yesterday I picked up the guitar for the first time since I have been having troubles with the hand, so definitely more of that

Hate to be nostalgic already, but I did want to bring up the latest campaign shoot titled ‘On the Road’ you did for us. In comparison to previous campaigns you’ve shot for us, how did this one stack up?
This was a fun one! Pretty short notice to get this done as the nation started shifting to lockdown. But thats almost better for me. Shot it all on my Pentax 6x7 medium format camera, and had a mate, Fruits (Alex Cooke) assisting me for the day. Stacked some boards in the old Ford and headed south. Unfortunately we didn't score any surf like we had hoped, and got rained out pretty quickly, but we had some pretty interesting encounters with the folk down there, and the shots turned out super nice to compliment the new collection. 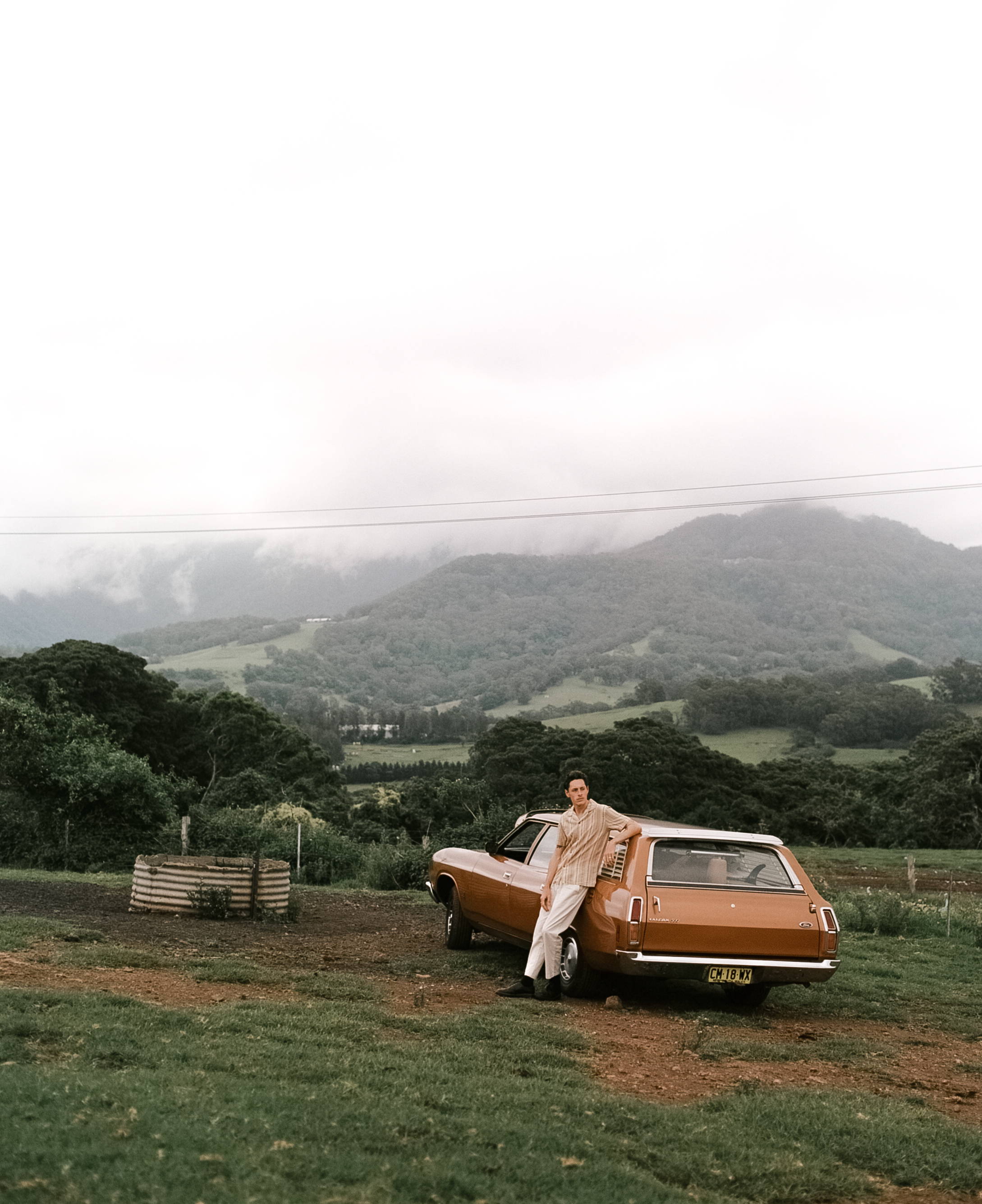 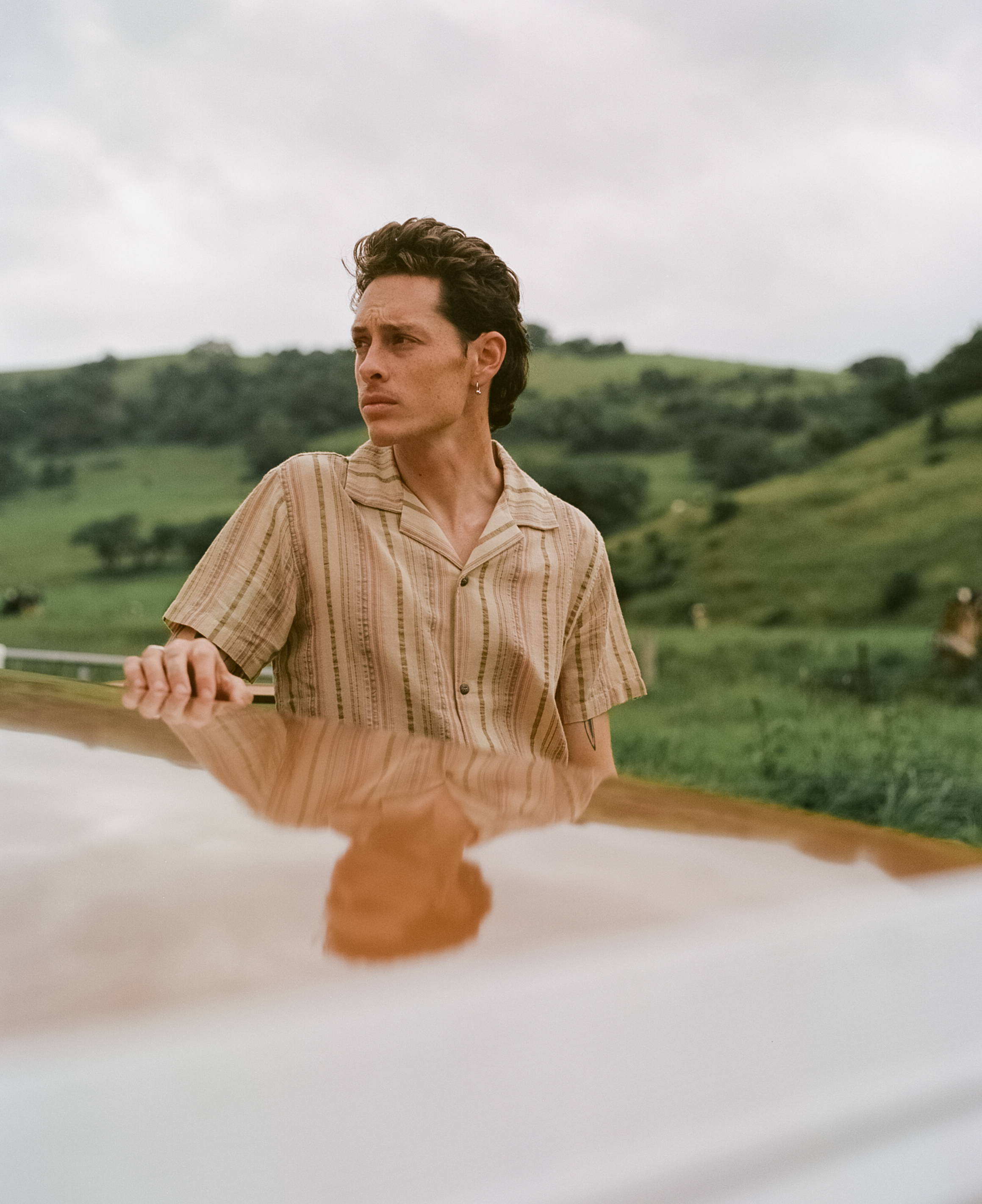 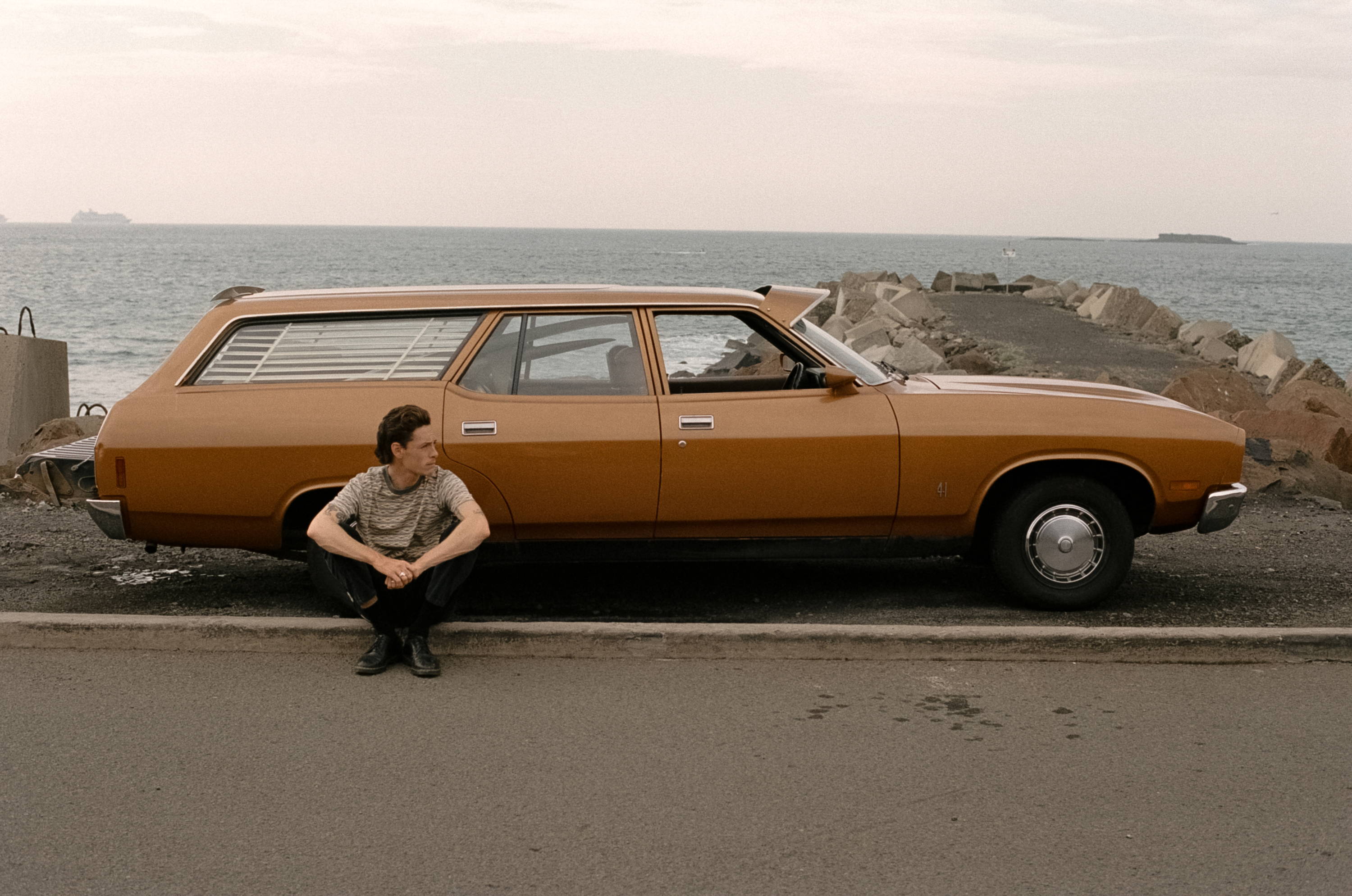 Given no one really knows what this year entails this question seems frivolous but i’ll ask it anyway. In a world post COVID-19, any grand plans for the year?
Get back in the studio and paint!! I had planned to have another exhibition in April but that got set back with the hand and this whole COVID thing, so just work on a collection to have a show towards the end of the year hopefully. Also get back on the board inside and outside of the water now I’m fully recovered. 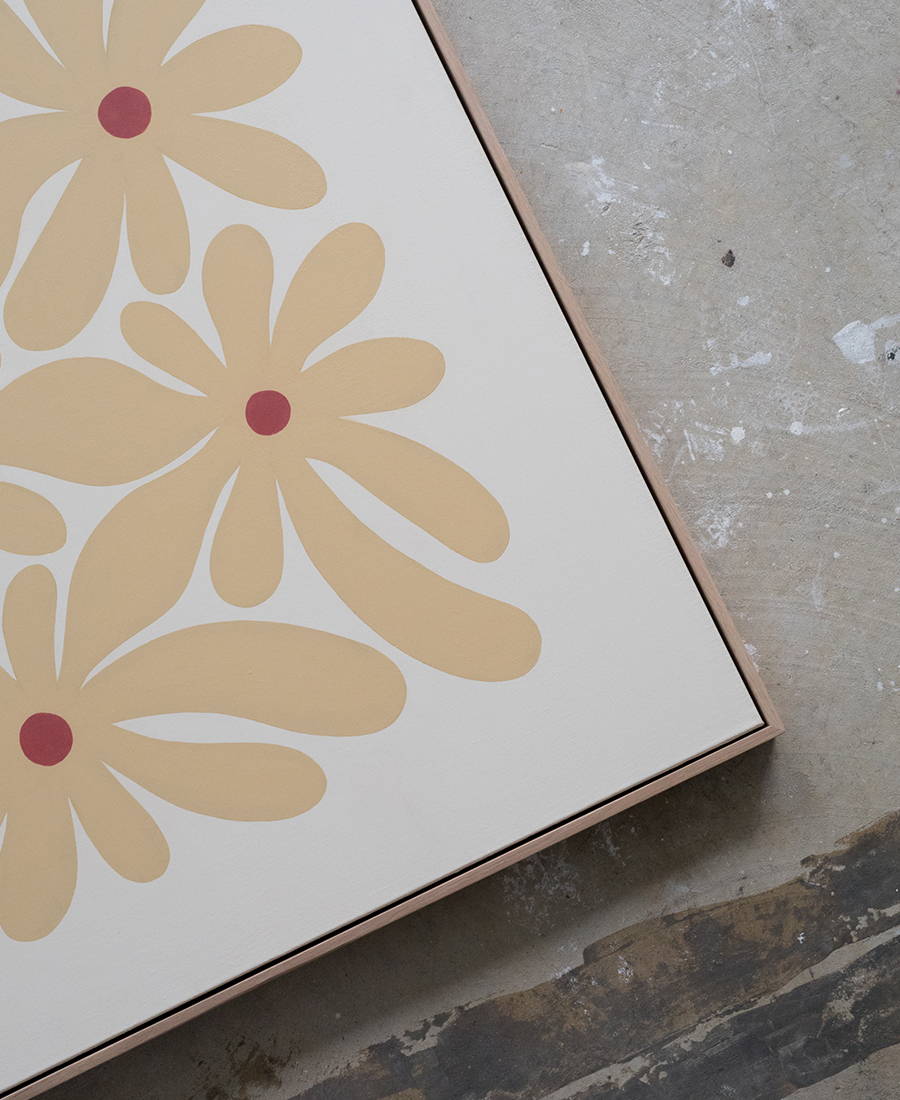 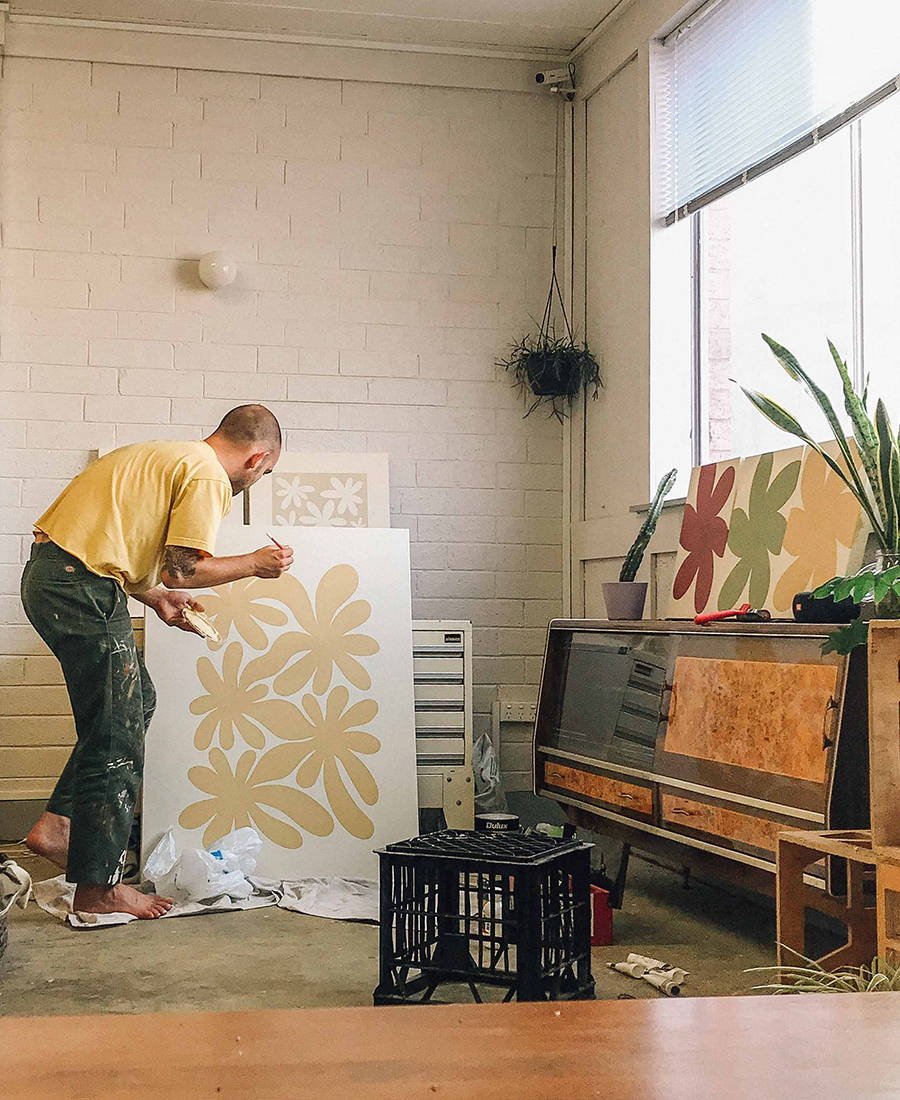 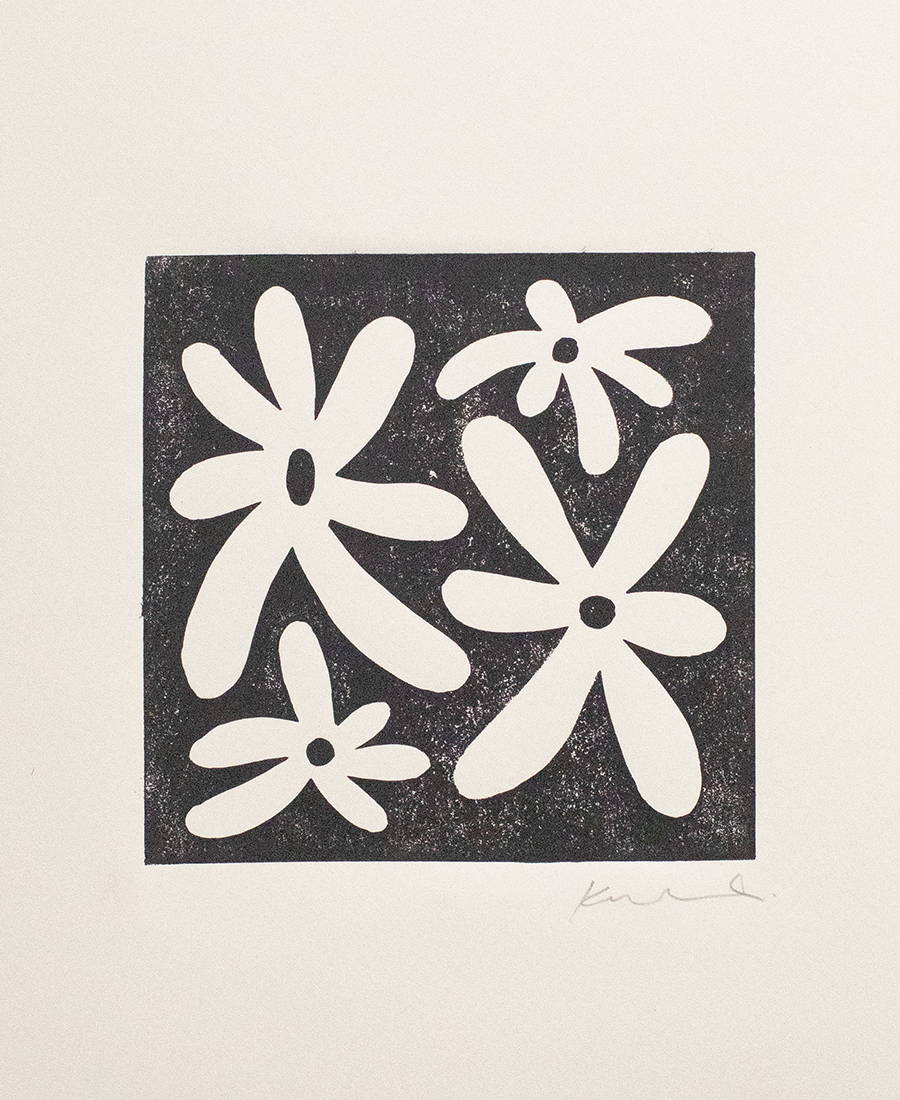 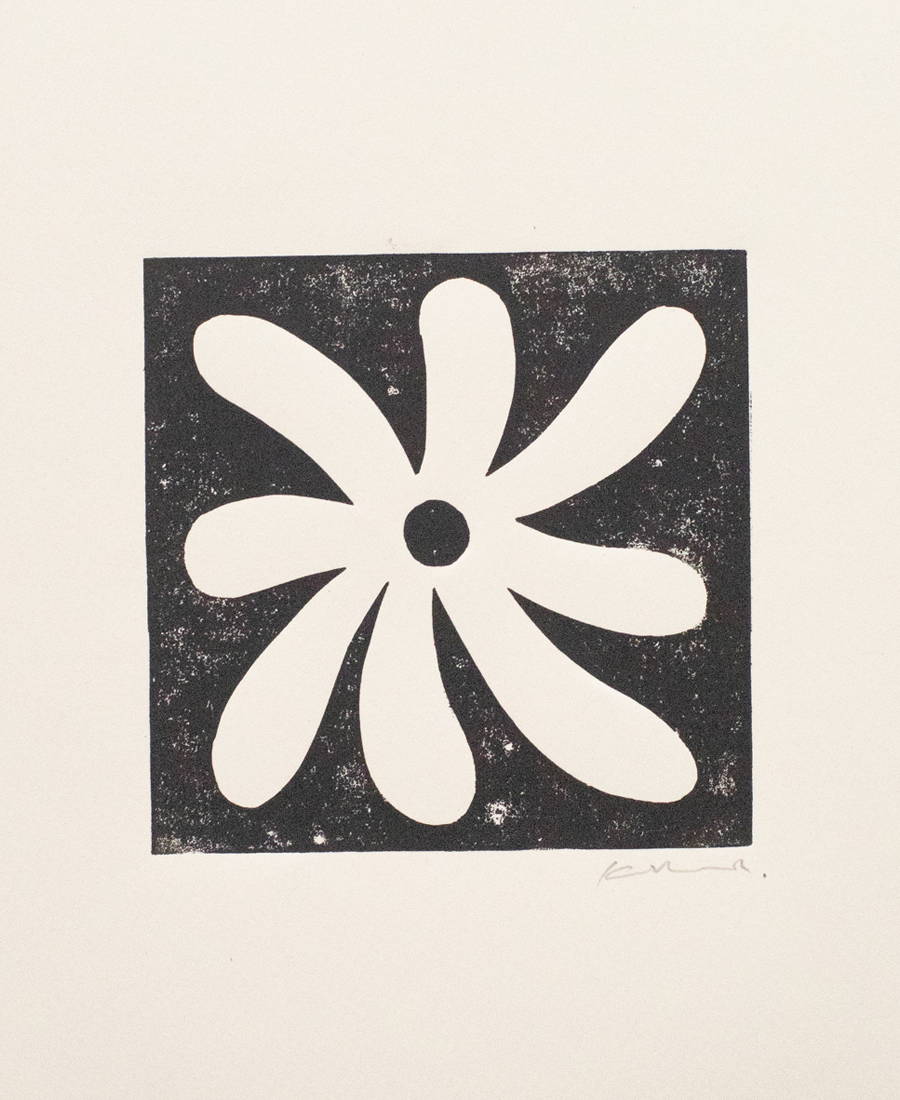